The man smiled at me, his dimpled cheeks red, as he approached me. I laughed and fell into his arms, pressing against him tightly, channelizing my affection into the force with which I hugged him. He slid his hand down to the small of my back, and circled it lightly with his finger, a delicate, pleasurable gesture. When I broke away, my face was flushed. I whispered, ‘Bye,’ and turning around, I began walking the other way, when, out of nowhere, I felt this excruciating pain spread from my back to my neck and hips. Shivering, I touched the area the pain was centred, and felt an object stick out of it. I turned around, and saw him stare at me, his lips stretched into a smile that did not quite reach his eyes.

When we are younger, we trust everybody, regardless of whether we personally know the person, or not. This comes from being unaware of how, what one person might say, can be quite different from what that person might think. We take individuals at face value, and we are in a state of confoundment on realising that they were not who they said they were.

As a teenager, I have had encounters with close family members, who speak ill of other relatives, and then, when they are in conversation with the same relatives, they are sweeter than sugar. It has frustrated me to no end, because I do not understand why anybody would do this. I have many classmates who bitch about one another, but if you’d see them have lunch together and to any outsider, it would seem like they are thick as thieves.

Hypocrisy, a term accurate for this behaviour, is so prevalent in our society, that it makes you feel paranoid about getting real with any acquaintance. What you might say to a friend, in a fit of rage, is presented by the same ‘friend’ to a third party, out of context, and then you are at a loss of words. But that is not what I meant!

If you really despise somebody so much, just say it to their face, and move on. That is umpteen times better than being stabbed in the back by somebody you had trusted.

So, if there is an alternative, a much simpler, more convenient one, to being hypocritic, then why do people do it in the first place? I believe this behaviour has a significant relationship with opportunism and ingratiation.

We build a network with the hopes of getting something out of it, something that benefits us. To make sure that we do not lose the favour of a particular person, we pretend to like them, we flatter them and support them outwardly. However, the frustration of doing so builds up, and we take it out elsewhere by saying bad things about the same person. While there is nothing wrong with catharsis, ideally, we should say these things we truly feel, to the person himself, but we do not.

Whenever the chance presents itself, we side with this person, or we ditch him, using everything he or she shared, while confided in us, against them, because that is advantageous to us, at that time.

This behaviour is so habitual, that we pay absolutely no heed to the consequence of doing so, and with practice we get better and better at it, which means, we become worse and worse human beings. We start with the outlook of not being straightforward, but we end up transforming into selfish, self-obsessed people, who juggle between one fake interaction to another, constantly assessing what would be more fruitful to them.

Where does this begin? As children, we are not only very trusting, we are also very frank. We say the first thing that comes to our mind, and every single time we do this, adults around us reprimand us, ordering us to not say what we feel openly, and directly. This is where it begins. Children are gradually taught the art, as one would call it, of hypocrisy. While the fortunate learn enough to shun it, and do not indulge in it, many become manipulative and calculating. That is probably not what the parents wanted the child to learn, but that is what it develops into.

It was a normal, unexciting day. I was sitting on the front bench in my classroom, finishing up homework assigned to the Fifth Graders, when one of my classmates slid in, next to me. She had never sat next to me, before. I was happy that someone wanted to, and did not question her. Two classes later, she turned to me and said, “My mother has asked me to be your friend because you score well, and by sitting with you, I can score well too.”

To this date, this conversation returns to my conscious mind, because it is reflective of what people are willing to do, to pretend, just to get something from you. This girl did not initiate this manipulative behaviour, her mother asked her to. And at least at that time, she was innocent enough to say it out loud to me. What lesson was she being taught? No matter how much you dislike someone, stick with them till the time you can derive benefit from them for your own gains. Be nice, and later, when you have achieved your vested interest, abandon the object of your benefit and move on to the next target.

I accept that not all hypocrites are a product of incorrect, albeit unintentional, parental guidance, but it is the starting point for many.

Hypocrisy and two-faced behaviour have ruined people’s lives, be it the hypocrite himself, or the person being lied to. There is only an extent to which that you can spin lies and put on a mask, after which you lose your capacity to do so. Following that, things will fall apart faster than you can say, ‘JANUS!’ 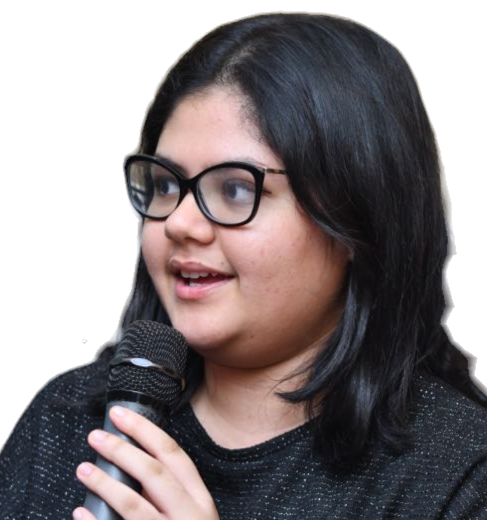