King Dandapani’s palace was shining like a jewel with twinkling lights and beautiful flowers. I

It seemed like all the stars had come to the earth to light up every nook and corner. It was indeed a sight to behold as the palace was being readied with last minute torches to welcome the bridegroom who was to wed King Dandipani’s beautiful daughter, Yashodhara. Dressed in bridal finery, her breath taking beauty enhanced by sparkling jewels from head to toe, the young Yashodhara simply glowed.

As the marriage procession approached, everyone wanted to have a glimpse of the young and handsome Prince Siddhartha, son of King Shuddhodhan of Kapilavastu. The groom, resplendent in his royal robes, sat on an Elephant, accompanied by musicians playing songs of joy and celebration. The people lining both sides of the path showered the wedding procession and it seemed as if the Gods themselves were showering their blessings from the heavens above.

The procession finally reached the gates of King Dandipani’s palace where the entire royal family stood to welcome the guests. The bride and groom’s families were no strangers as they were related to each other. Princess Yashodhara and Prince Siddharth were both sixteen years old and even shared the same date of birth. Their wedding to each other had been decided many years ago, and now the auspicious day had finally arrived.

There was another reason King Shuddhodhan wished for an early marriage of his son. When young Prince Siddhartha was born, the wise and learned Royal Astrologers had made a prediction about him that was somewhat disturbing. According to them, his stars would either lead him to become a great ruler who would be kind and just towards his people, or he would renounce all worldly possessions and go away in the search of truth and enlighten people with his knowledge and teach them the right way to live.

The King was always worried about the latter part and wanted to tie down his son to a life of wealth and responsibility. Yashodhara’s mother was also afraid of what might come, and had told her daughter all about it, trying to deter her from this alliance. But the young Princess was determined to marry Siddhartha, and nothing her mother said could change her mind. And so, with fear in her heart and a prayer on her lips, Yashodhara’s mother tearfully bid her daughter goodbye, as she left for her new home with her Prince by her side.

King Shuddhodhan’s palace in Kapilavastu shone with the lights of thousands of lamps, in preparation for the welcome of the new royal couple. The beautiful bride took away everyone’s breath as she stepped into the royal palace with her handsome husband.

Gradually, as the wedding celebrations died down and all the King’s guests departed for their homes, life in the palace settled into a steady routine. Siddhartha participated in the affairs of the state and sat in on meetings with his father. Yashodhara, meanwhile, started taking interest in the running of the palace and the people who worked there. She was firm yet kind to everyone and anyone who met her could not but love and respect her.

Yashodhara always remembered her mother’s words regarding the prediction. She did her level best to keep Siddhartha tied up in matters of their home, his kingdom and, of course, herself. Time seemed to have a pace of its own as the days and weeks merged into years of peaceful bliss.

One morning, the palace rang with giggles and laughter. The grapevine buzzed with happy tidings and very soon, the news spread all over. Yashodhara was soon to give birth to a little prince or princess who would bring more joys to their already happy world. There was happiness, anticipation and prayers all around for the well being of the little one. All the elderly women of the kingdom came together to bless the child and the wonderful, lovely mother who was to bear him.

The little Prince came into the world healthy and handsome, his loud cries announcing his arrival. He was named Rahul and, as the cliché goes, he was the apple of everyone’s eye. King Shuddhodhan was especially elated as he was sure Siddhartha was now firmly tied to his family and would remain so.

It was seven days after Rahul’s birth. He was already showing signs of his royal lineage by throwing tantrums and having his own way when he wanted to sleep or was hungry. Yashodhara had just put Rahul in his crib where he slept peacefully and, leaving his nanny to keep an eye on him, she went to her bedchamber. She saw Siddhartha standing near the window, looking out at the palace gates. She tried to say something, when he turned around and gave her a loving and benevolent smile, unlike any she had seen before. He held her close for some time, before telling her to go to bed, as he was sure she must be exhausted. She fell into a deep sleep as soon as her head hit the pillow.

After a night of restful sleep, Yashodhara woke up to the sounds of the birds chirping in the palace gardens and the bright and beautiful sunlight that shone through the windows as her handmaid had drawn the curtains. She looked around for Siddhartha, but it appeared he had already left for the palace court for the tasks of the day. She bathed and fed Rahul, who once again went off to sleep. By the time she came out of her bath and supervised some household chores, it was nearly noon, and after giving appropriate instructions in the kitchens, she returned to her chambers. She realised that she had still not seen Siddhartha and felt he must be busy alongside his father. Anyway, she thought, she would be seeing him at lunch.

Lunchtime came and there was still no sign of the Prince. King Shuddhodhan was eating in silence with a worried frown on his face. One of the King’s aides who had never entered his private chambers now asked for permission to enter. He came in, stood deferentially, and, almost in a whisper, gave some information to the King. Shuddhodhan immediately stopped eating, folded his hands in apology and left with his aide.

Every now and then, in the midst of doing her household chores, Yashodhara’s eyes would move towards the main gate of the palace, which was visible from her windows. She kept expecting Siddhartha to walk through those gates and back into her arms. When he didn’t return for a week or so, the servants started whispering amongst themselves. It was not long before those whispers reached Yashodhara’s ears. She immediately understood the reason for his disappearance.

She recalled her mother’s warning before her marriage about Siddhartha renouncing all worldly pleasures and leaving in search for Truth. She still could not believe he could do that after so many years. They were sixteen when they married, and now, she was 29, with a small baby in her arms. She was devastated when one of the King’s aides brought her the news that the man she loved had left her, left their child, and their happy home to dress as a monk and, with a begging bowl in his hand, was going from village to village, from town to town, searching for knowledge and enlightenment.

There were a number of questions in Yashodhara’s head, but the only person who could answer them was long gone. She had no problem with him going to try to find enlightenment, but how could he leave like this? Leaving quietly in the middle of the night, with her fast asleep. He did not even confide in her. Did not even say goodbye. She felt abandoned and lonely. Where would she go? What would she do? She would have to make her own decisions.

When her anger and agitation had subsided, she remembered the vows they had taken at the time of their marriage. They had promised to be at each other’s side, no matter what. Maybe Siddhartha had forgotten his vow, but she remembered hers and resolved to abide by it. If Siddhartha was going to live like a monk, she too decided to give up her wealth and luxuries and live a simple life with her son in the palace.

It was six years later that Siddhartha, now named Gautam Buddha, came back to the palace. Seeing the disturbed look on his face, she decided to absolve him of his guilt and set him free to live the life he had chosen.

After he left them for the last time, she stood by the palace window, tall and still, gazing absently at the blurred distance. She had two choices: both unattractive, out of which, she would have to take a decision…

Instinct told her to run after Siddharth and beg him to take her along. Rational thinking made her remember that little Rahul had to be brought up according to the Royal traditions.

After giving it a lot of thought, she finally decided to follow the path of duty and dedicate herself to her son, who needed her the most.

Breaking traditions and treading the unknown path charted by her and for her would definitely come later….. 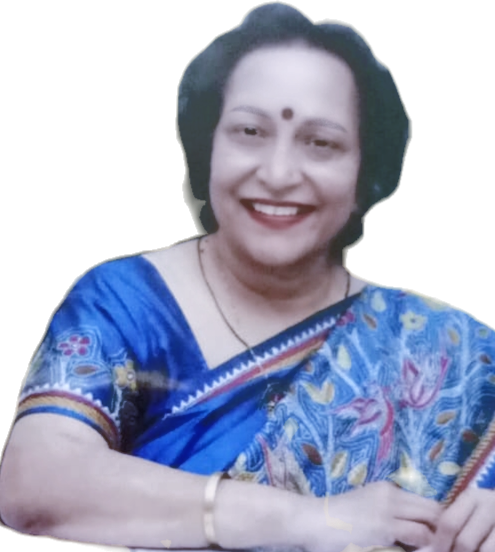